Ep. 19 My Journey Back to Ethiopia

This week on Beauty is Rising, Kelli recounts the adoptions process she experienced when adopting her daughter from Ethiopia.  This month marks the two year anniversary of Kelli’s family bringing their daughter home and being reunited as a family of five.

Kelli talks about the intimate details and struggles surrounding the almost 7 year process of getting matched and then bringing their daughter home. The first four and a half years were spent trying to be matched to a child.  They decided to switch agencies at this point, and were matched with a child almost immediately, but then had to fight to bring their daughter home for a little over 2 years until they were finally able to do so.

Through this process Kelli has learned so much and now passionately shares her experiences in hopes that she can help other adoptive moms find the community and wisdom they need to love and care for their own adopted children. 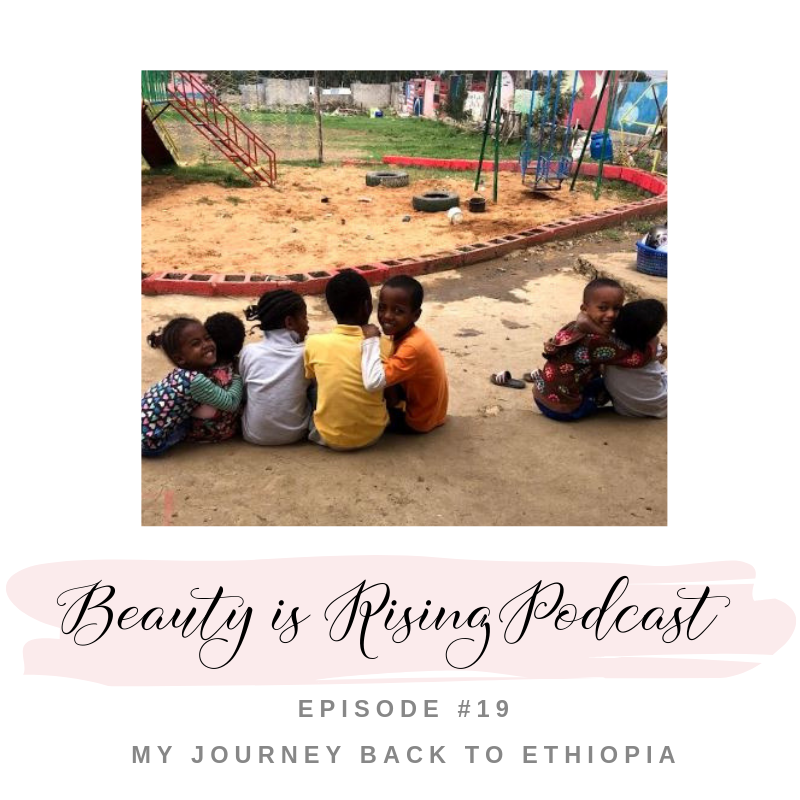 “I know that to open your heart to adoption opens your heart in a way, like, wide open because you just don’t know what to expect. So it’s like wide open. And I feel like there’s a sense of boundaries that are missing. So that with the good comes all the negative as well … There was a lot of hope, but also in crept a lot of fear, and anxiety, and just discouragement at times …” [ Kelli 3:22 ]

In reference to being matched with their daughter for 22 months and struggling to bring her home because the Ethiopian government had suspended adoptions.

“I remember when adoption was suspended [in Ethiopia], there became this … because I was so just in it, like that’s all I thought about. That’s all I was working towards. That’s all I was longing for. Like my heart was just aching to bring her home. And I … I really like, at that point, I was kind of going through the motions of regular life. [ Kelli 5:28 ]

“And so there was just a lot of things that I could have done to lessen the stress and allow for more support. To give my mom myself a break. And this kind of has led into all of this and starting the podcast, because I really began to explore the need for self care, because that is not something that was taught to me that was needed. I’ve always given and given and given and given until I just – there wasn’t anything left.” [ Kelli 13:48 ]

“So definitely if you have an adopted child, you should assume that they have had trauma because they’ve been separated from their biological parents. So those that trauma, whether it’s something they remember or not, is still real and giving them a place of feeling a fear of abandonment no matter what [interventions you may try], and so they’re in this constant state of stress of trying to fight or flight.” [ Kelli 17:59 ]

“Only someone that is healthy, emotionally and really confident in who they are as a mom can be in a place where their kids can heal from the trauma that they have gone through. And so that’s what I’m doing. I’m really digging deep there.” [ Kelli 30:15 ]